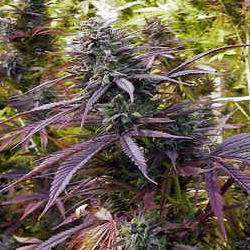 Biddy Early is the  first outdoor variety from Magus Genetics. It will grow out to a classical Sativa Xmas tree with a height of approximately 1.8 to 2 meters. Because of its early flowering and maturation, it's very well suited for open field cultivation in Holland, and areas with a similar climate.

Of course it's also possible to grow Biddy Early with great results indoors under lights, but remaining mothers in a vegetative stage for a prolonged period, can be difficult, and in some cases even impossible. The majority of the plants will form red and purple colours if exposed to low temperatures, yet with some variation in the location and intensity of the discoloration. It has a sweet candy aroma and a powerful high, not recommended as a "day-time smoke", but still mild enough not to be considered a "party killer". 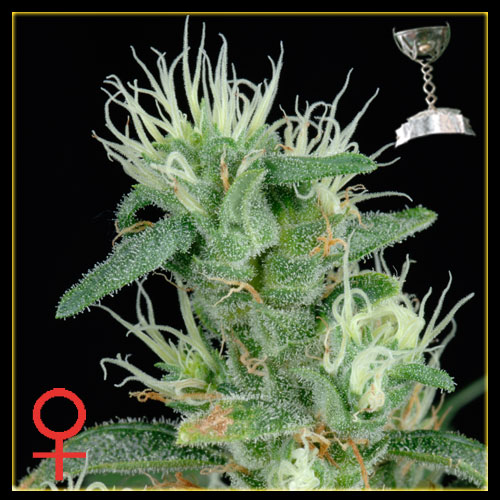 Green House Seeds Big Bang genetics are of Swiss sativa and Swiss indica. Greenhouse Big Bang gives you an unbelievably strong high, with a clear side and a more introspective one. You will get quite a unique taste from Big Bang, it is sweet and multifaceted in flavour.

This breed has the genetics of Skunk, Northern Lights & El Nino. The wonderful side effects from these cannabis seeds you get as the consumer are known for their medicinal and soothing purposes.

As well as the amazing high, there are two extra benefits you get from Big Bang seeds – one is the high yields you can expect from and the other is high mould resistant. With indoor flowering, 9 weeks will deliver the most amount of resin. Commercial growers harvest in 8 weeks. Yield is between 500 and 700 gr/sqm. If you grow this strain outdoors you can expect flowering to finish by beginning of October in the Northern hemisphere, or by mid May in the Southern hemisphere. 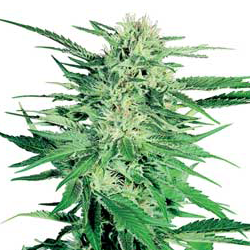 Big Bud has long been famous as a cannabis strain with jaw-dropping yields. Less well-known is the fact that her superior Indica pedigree has been carefully refined and steadily improved over many years. Big Bud’s early development occurred in the USA before the strain was brought to Holland in the Eighties in search of political asylum. When the War on Drugs intensified, pioneering US breeders feared losing irreplaceable ganja strains which embodied years of work, study and devotion. Many unique and cherished genotypes were brought to the Netherlands to ensure they would not be lost forever.

The first Big Bud was a sturdy Afghanica infused with Skunk genes — a hybrid possessing unusual vigour and unexpected, record-breaking production. Distributed in clone form, Big Bud quickly became a popular commercial strain. When those original clones made it to Holland, they gave rise to several stable seed-strains, including a back-cross with Skunk #1 and a very popular hybrid of 75%BB-25%NL#1. The current, award-winning incarnation of Big Bud was made possible by two important developments. Firstly, intensive research allowed Sensi to identify the genotype and precise geographical origin of the Afghani cultivar behind the first Big Bud. Secondly, the expansion of our gene-stock in the early Nineties gave Sensi breeders access to a prime example of that very strain.

With these two breakthroughs, we were able to take Big Bud back to her roots. Sensi’s final, back-crossed hybrid recaptures the vigour of the original clone and benefits further from sweet, fruity flavours and a great improvement in potency. Naturally, enormous production remains the central feature of the Big Bud seed-strain. Plants requiring the full flowering time will grow a little taller and are usually the heaviest-yielding examples. Big Bud’s stems are thick and sturdy, yet the masses of giant, sweet, sparkling buds they produce can grow heavy enough to bend and even snap them, so the most promising branches should be supported with string or tensioned wire.

Climate: Big Bud can be grown outside in a warm, sunny climate with a long summer
Height: Big Bud will have average height gain during flowering
Flowering: Short flowering period (50 - 65 days) Big Bud will have a comparatively short flowering time.
Yield: Big Bud can produce an outrageous amount of weed, but can only be grown by experienced growers.
Type: 85% Indica
Genetics: The Big Bud strain has large proportion of Indica genes in its background.