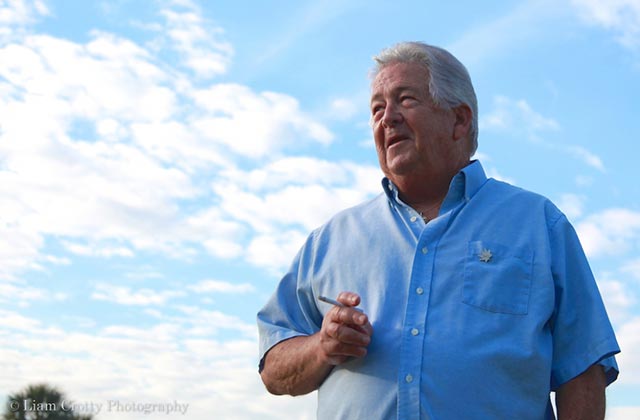 Robert Platshorn is the HIGH TIMES Freedom Fighter of the Year for 2014!

Robert Platshorn is the author of Black Tuna Diaries. He is America's longest (30 years) imprisoned non-violent marijuana offender. Raised on South St. in downtown Philadelphia, acting ambitions earned him a supporting role in a successful off Broadway play while still in high school. The same skill led to Robert becoming one of America's most famous pitchmen. The late Billy Mays called him a “legend in the pitch business.” He was seen for years on TV, at fairs and shows selling Vita Mix, frozen food knives and gadgets.

At the age of 24, he moved to London to found Dynamic Reading Institutes. Starting with a rented classroom, within three years he had opened fourteen schools in three countries. Upon his return to the US, he started the Ice Cream Factory. Using a unique pushcart that he invented, he became the second largest distributor of Breyers ice cream.

In 1975, he moved to Miami, FL to attend law school. At that time, Miami was the center of the Colombian pot trade. Robert turned his business acumen to the mission of smuggling Colombian pot.

It was attorney general Griffin Bell that named Robert's organization the “Black Tuna Gang” and alleged they were responsible for smuggling most of the marijuana crossing the Florida coast. In 1979, a year after quitting the smuggling business, he was indicted, convicted and sentenced to 64 years in federal prison. He was released in late 2008 after serving almost 30 years in eleven different prisons.