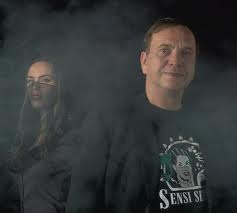 Ben Dronkers inducted in the Counterculture Hall Of Fame

Ben Dronkers, founder of the Sensi Seed Bank, HempFlax, and the Hash Marihuana & Hemp Museum in Amsterdam, was inducted in the Counterculture Hall Of Fame in 2013, during the 26th High Times Cannabis Cup in Amsterdam.

As a young man in the late 1960s, Ben Dronkers worked on merchant ships which sailed from his native Rotterdam to various exotic locations. This was the beginning of Ben’s lifelong passion for travel. Later, when he decided to try his hand at designing and creating distinctive clothing for his own shop he travelled to Turkey, Afghanistan, and Pakistan to buy fabrics and discovered the advantages of hemp fibre.

He also bought cannabis in these countries. He relates with a smile, “I asked the farmers about cannabis plants and they laughed rather secretively. One of them gave me a handful of cannabis seeds as a gift and told me the seeds were very important. Naturally, this inspired me to preserve them, to learn about the qualities of seeds from different regions, and to collect more.”

By the time he returned to the Netherlands, Ben had assembled an extensive collection of cannabis genetics from all over Central Asia, Southeast Asia and the Subcontinent. Starting with these important building blocks, he began breeding his own cannabis strains and hybrids. In the early Eighties, an influx of new strains from the USA provided more gene-stock from which to create more exceptional hybrids. Establishing the Sensi Seed Club in 1985 enabled him to share his success with fellow enthusiasts.

Along with his friend and fellow cannabis activist, Ed Rosenthal, this led to the opening of the Hash Info Museum, which would grow to become the Hash Marihuana & Hemp Museum, one of Amsterdam’s major tourist attractions.

More Cannabis Genetics In 1991, Ben bought another seed bank from a breeder who had also been working with the US hybrids since the Eighties and the gene-stock of the two companies was merged to form the Sensi Seed Bank we know today. More new strains followed and the company went from strength to strength.

Not content to merely talk about the wonderful things that hemp is capable of, in 1994 Ben Dronkers founded HempFlax, a company in the north of Holland dedicated to growing and processing industrial hemp. Over the following years he invested tens of millions of euros in this courageous and ultimately successful bid to revive the once-thriving Dutch hemp industry.

Ben Dronkers also continued to travel and spent a lot of time in Southeast Asia, especially Thailand which he found so beautiful and welcoming that he founded the Sensi Paradise Resort on the island of Koh Tao. He still spends several months a year in this gorgeous location. A second Sensi Resort in Borneo is currently under construction.

In 2008, the latest addition to Ben’s enterprise opened: the Museum Gallery, a much-needed annex to the Hash Marihuana & Hemp Museum. Ben is understandably proud of this addition to the Sensi family, where some of his favorite pieces are showcased. The Gallery displays Old Masters, painted hundreds of years ago, which depict ordinary men and women enjoying the smoking of cannabis.

As Ben enters his 60s, it is doubtful that he will rest on his laurels. His dedication to the marvelous multifaceted plant cannabis Sativa L. spurs him on to new challenges each year. Though many of his ideas are now a thriving reality, there are always new possibilities to explore for this cannabis entrepreneur.