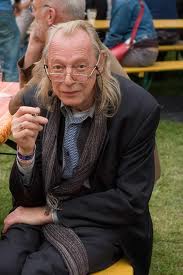 During the opening ceremony of the Hemp Gallery dutch Poet Laureate Simon Vinkenoog ( July 18, 1928 - July 12, 2009) accepted the Cannabis Culture Award 2008 from Ben Dronkers.  Many of his poems mention the cannabis plant and he was a lifelong advocate of cannabis legalization. His impassioned readings and performances stirred and inspired his audiences wherever he appeared. He was a contemporary of Allen Ginsburg and William Burroughs, with whom he performed at the International Poetry Incarnation at London’s Royal Albert Hall in front of 7000 people on June 11th, 1965.