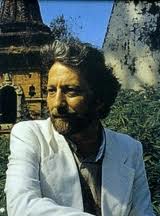 In 2009 Dr. Hans-Georg Behr received the Cannabis Culture Award. Dr. Hans-Georg Behr ( 1937 - 7 juli 2010) was a German psychiatrist, Green Party parliamentarian, history professor (University of Vienna) and owner of the world’s largest collection of antique cannabis smoking pipes. After his studies in Medicine, Clinical Psychology and Linguistics, Dr. Behr wrote features for magazines Die Zeit, Stern, Das Kursbuch and TransAtlantik. And he authored the books 'Weltmacht Droge' (World Power Drug: The Business of Addiction), 'Unsere Unterwelten' (Our Underworld), and 'Von Hanf ist die Rede: Kultur und Politik einer Droge' (Hemp is the Question: the Culture and Politics of a Drug), a work praised as the German counterpart to 'The Emperor Wears No Clothes'. Originally published in 1982, a completely revised edition came out in 1995.