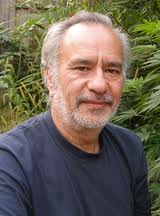 At the 25th High Times Cannabis Cup  Wernard Bruining received the Dutch Masters Award 2012. This is an award given by High Times to those who have made an outstanding lifetime contribution to the cannabis community.

Wernard Bruining opened the first coffeeshop in Amsterdam, Mellow Yellow in 1973. He introduced sinsemilla cultivation in the Netherlands in 1980 and started the first Dutch seeds company, Lowland Seed Co. in 1981. His shop Positronics (1985 - 1997), was the first growshop in Europe.