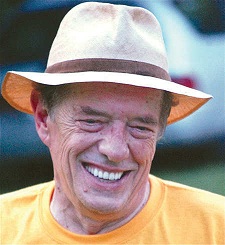 During the 6th High Times Cannabis Cup, Gatewood Galbraith received the Freedom Fighter Of The Year Award 1993.  Louis Gatewood Galbraith (January 23, 1947 – January 4, 2012) was an American author and lawyer from the U.S. state of Kentucky. He was a five-time candidate for governor of Kentucky, an outspoken proponent of marijuana legalization, public education, privacy rights, and other civil liberties.