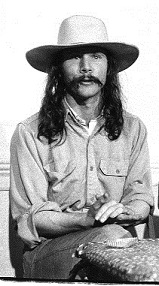 Thomas King Forçade was inducted in the Counterculture Hall Of Fame in 2009 during the 22nd High Times Cannabis Cup.

Thomas King Forçade (September 11, 1945 – November 17, 1978), aka John Thomas Moore and Kenneth Goodson Jr. was an American underground journalist and activist in the 1970s. For many years he ran the Underground Press Syndicate (later called the Alternative Press Syndicate), and was the founder in summer 1974, along with several anonymous associates, of High Times magazine. High Times ran articles calling marijuana a "medical wonder drug" and ridiculing the US Drug Enforcement Administration.