Eddy Lepp, Rastafarian minister and Vietnam War veteran was choosen as Freedom Fighter because of his  involvement in medical marijuana.  In August 2004 the infamous Lepp raid took place. Following seizure of over 32,000 plants from his Lake County, California property, and his arrest. While free on bail a federal judge allowed Lepp to leave the United States and go to Amsterdam to receive the Freedom Fighter Of The Year 2004 Award. The lawsuit took several years but in 2009 Lepp was convicted and sentenced to federal prison for a minimum ten year sentence. 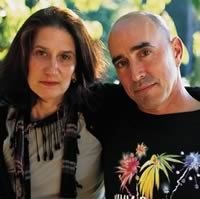 At the 16th High Times Cannabis Cup, Valerie and Mike Corral received the Freedom Fighter of the Year Award 2003.

Valerie and Mike Corral co-founded WAMM (the Wo/Men’s Alliance for Medical Marijuana). Their aim was to educate the general public about the medical usefulness of marijuana, and to ensure that seriously ill patients had access to a safe, natural supply of it to treat their conditions as recommended by their physician.

Dr. Dale Gieringer received his Ph.D. at Stanford on the topic of DEA drug regulation. He is the author of articles on marijuana and driving safety, drug testing, marijuana health mythology, the economics of marijuana legalization, and DEA "drug enforcement abuse." He has also sponsored research on the use of water pipes and vaporizers to reduce harmful tars in marijuana smoke.
Dr. Gieringer is the state coordinator of California NORML, and a co-founder of the California Drug Policy Reform Coalition and of Californians for Compassionate Use.