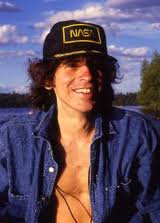 Mason Tvert is co-founder and executive director of Safer Alternative For Enjoyable Recreation (SAFER) and coauthor of Marijuana Is Safer: So Why Are We Driving People To Drink? He coordinated the successful ballot initiatives in Denver in 2005 and 2007, which removed all penalties for adult marijuana possession and designated marijuana possession as the city's lowest law enforcement priority.

Alex White Plume (born 1952) is the former Vice-President and Tribal President of the Oglala Sioux Tribe of the Pine Ridge Reservation, located in South Dakota of the United States. After considerable research, in 1998 the Oglala Sioux Tribe passed an ordinance to allow the cultivation of low-THC hemp on the reservation. The market for the crop was high around the world, and it is a sustainable product with a short growing season. He is reportedly the only farmer to date to openly plant, cultivate, and produce cannabis-related crops within the borders of the United States since they were prohibited by federal anti-drug laws in 1968.

White Plume thought that the tribe's sovereignty on its land would enable him to grow the crop. However Federal DEA agents made a surprise raid on his field in 2002 and destroyed his crops. In August 2002, he was served with eight civil charges by the US District Attorney related to the hemp cultivation, and a court order prohibiting continued growing of the crop. Although he has appealed, the 8th US Circuit Court of Appeals upheld the DEA, while acknowledging that its registration process could be a burden and that hemp might be a good crop for the Pine Ridge Reservation.