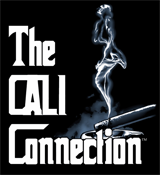 These breeders from SoCal to NorCal have obtained and have been growing Cali's finest for years and look forward to providing their favorites with the rest of the world. The possibilities are endless when you have the best of the best to work with. 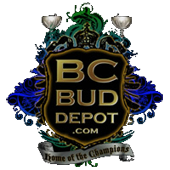 All of the varieties of British Columbia Marijuana Seeds are excellent for growing and many are Cannabis Cup Winners. Initially established as a Provincial Growing Association in the late 1990's, the BC Bud Depot now breeds the full range of the Province's Best Varieties and is setting the standard as the top Worldwide Seedbank.

BC Bud Depot offers only the highest quality of marijuana genetics and guarantee they are the best. The BC Bud Depot works with professional breeders throughout the province and worldwide and is committed to producing the world's best marijuana seeds for discreet global distribution at down-to-earth prices. 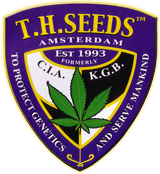 Since its beginning T.H.Seeds® has been on the cutting edge of the New School Cannabis Genetics. Born at a time when almost everything in Amsterdam was a mix of Northern Lights, Skunk and Shiva in various proportions, T.H. Seeds® has worked long and hard to bring new stable varieties onto the market. T.H.Seeds® was the seed company responsible for bringing the Original Bubblegum™ from the States, and was the first to sell the Bubblegum™ seeds (see New York Times, Feb. 1994). These Bubble Gum™ genetics helped numerous Coffeeshops win many High Times Cannabis Cups over the years.

Following the Bubble Gum™, T.H.Seeds® brought the S.A.G.E. ™(Sativa Afghani Genetic Equilibrium™) from the high mountains of central California to Holland. Named "S.A.G.E."™ because of its distinctive spicy smell and taste, this plant's Haze-y flavor and high will fool you into thinking it is a pure Haze variety. But when you grow it you will not experience the low yields of all other Haze varieties. The large yields you get come from the Afghani side, but without overpowering this plant's superior Haze flavor. For two years the THC percentage of the 50 varieties entered by all the coffeeshops and seed companies entered in the High Times Cannabis Cup was established. The S.A.G.E.™ scored 3rd(1998), and 2nd(1999) highest THC with over 20%. Both years this THC ranking was higher then any of the Coffeeshop or Seed Company Cannabis Cup winners! And the one year (1999) the S.A.G.E.™ water hash was entered in the Cannabis Cup it won again.