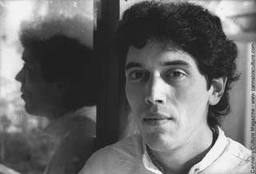 In 2012 Todd McCormick received the Cannabis Culture Award. Todd  McCormick has been an activist, publicist and researcher for cannabis since 1994. He collaborated with Jack Herer on a new edition of his book The Emperor Wears No Clothes. During the mid-90s he lived in Amsterdam, while there he became one of the first 10 patients in the Netherlands to receive a prescription for medicinal cannabis. In 1995, after debating the DEA at the University of Miami, he used this prescription to transport Dutch cannabis to the U.S. and declaired it at customs as medicine. Shortly thereafter, he founded the first “Cannabis Compassion Club” in San Diego. During his time in Amsterdam, McCormick worked as editor-in-chief of Hemplife, a sister publication of Highlife Magazine.
The Hash Marihuana & Hemp Museum Amsterdam confers the Cannabis Culture Awards to those who have distinguished themselves in the struggle for acceptance of Cannabis in all of its forms, working to ensure that this extraordinary plant has a future where it is fully utilized and a history that is fully known
< Prev Next >